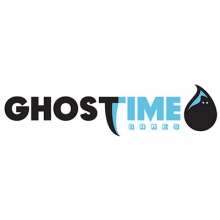 Gabriel Koenig started Ghost Time Games in the summer of 2013. With some spare time on his hands he learned how to program in C# using the Unity3D game engine. After 8 months he had published his first game on PC, Android, iOS and Ouya. Pushing forward with his new found skills he’s been experimenting with video game development and has produced several other projects under Ghost Time Games. Gabriel’s mixed set of experience in video, music, sound design, graphic design and code provide Ghost Time Games with a robust foundation of creativity and ability.