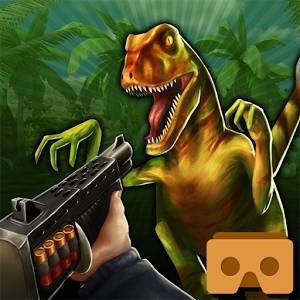 Download this free game now and go back in prehistoric times as you hunt for dinos. The game offers a true VR experience, or can be played on TV (incl. controller or remote control support), or just relax and play the game on your Android phone or tablet using touch controls.

How to activate Virtual Reality (VR) mode for Google Cardboard
First activate the game mode (survival or campaign) you would like to play through the regular touch user interface.
Once the game starts a button will appear allowing you to active the Virtual Reality (VR) mode. Press the button, and then mount your android device to your Google Cardboard. Once done just select START from the VR game menu you can start playing in full VR mode. Enjoy the experience!

The Upgrades
By collecting diamonds and money from the battlefield you can upgrade and craft your weapons. You can enlarge ammunition clip size, attach extra magazines, improve shooting power and fasten your reload times. Pick your own upgrade strategy to primal dominance.

The Ammunition
Ammo can be collected in two ways. Either you stock up at the in-game store or you shoot the ammo crates, dropped by fallen enemies. You don’t have to do a runner to fill your clips. Find eggs to unlock special abilities.

The Dinosaurs
The game features true to life animated dinosaurs that will make you feel you went back to primal times. Hear the dinos scream and cry in the distance as they close in on you! The dinos you can find and hunt include: Tyrannosaurus Rex, Allosaurus, Velociraptor, Triceratops, Brontosaurus, Pterodacty, Stegosaurus, Sauropod, and Dilophosaurus. Have fun hunting them all!

So what are your waiting for and join is back in far prehistoric times and hunt for dinos.
LEGGI DI PIÙ
1
0
0 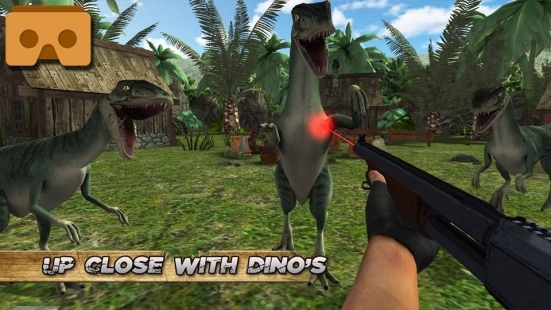 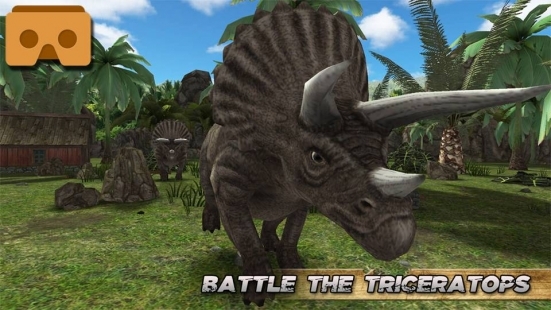